John's the deceptively quiet one of the three trumpets. But don't let that fool you. His wit and ability come to the table as soon as he shows up with his suitcase of toys and disguises. He must get that from some of the students he teaches in Kenosha County.

Eric is the bass of the trombone section. You would never tell by the way he belts out a swing tune that he also does Classical horn so well. Guess his hidden swing cat comes out as soon as he puts on the Zoot suit and two tones. 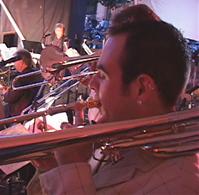 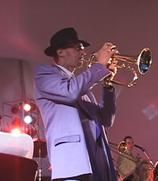 Randy by day is an instructor of Brass at Hartland Music. Don't let this quiet guy fool you, he can break up people with his his own humor and ability. And the fact that he is married to Lori, keeps the band from asking for her number at every gig.

Everybody knows Kevan. As a manager of a grocery store during the day, he polishes his horn off and blows the bell off it at night. The often jokester of the group keeps us laughing and having a good time on stage. 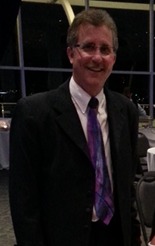 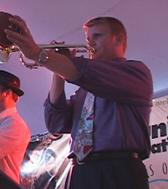 Dale "Mr. Trumpet" is the leader of who we fondly refer to as our "three amigos." He is hard to miss with some of the suits he show up in. We find it amazing how he keeps so low key on stage and still pulls off the amazing solos. Especially with the other two goofs next to him all the time. 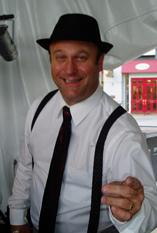